Get solar and save money from month one? As of now, this is no longer just a dream for those who have been following solar.

Solar as a service (SAAS) is an exciting, radical departure from the current model of how solar systems are installed and sold. It promises to revolutionise how available solar is because it is the first time solar with a battery can be installed on homes where electricity savings begin in month one instead of 5-7 years later, once a system has been paid off.

By providing a standardised, 100% maintained solar system with battery storage on a fixed weekly rate (think, the Netflix of solar), solar as a service enables most Australian families to add solar to their homes now while saving money each week, whether they are renters or home owners.

Solar, and more recently solar with battery, has traditionally been sold in Australia as a product. You put up your own money: 3-7k for solar panels only or 15-20k for solar panels with a battery system. Then you must wait years for the payoff on the money you have invested. You are also at the whim of the electricity company when it comes to the feed-in tariff rate.

Solar as a service solves the majority of the issues with the way solar is currently sold, those are:  complexity of systems being sold, the expensive upfront costs associated with solar + battery installations, the payoff period for these systems and the potential for bankruptcy on the part of the solar company that sold you the system.

How does SAAS solve these issues?

Solar as a service (launched first by Plico Energy in WA) removes 100% of the complexity of which system to choose because it standardises the solar + battery systems and puts the responsibility on the company providing the solar system instead of the home owner. If a company is continually responsible for a solar system over a 25-year period then why would they choose inferior systems? The solar + battery system is constantly monitored by the company and if there are any malfunctions or drops in performance, the solar company fixes them proactively.

Solar as a service removes the upfront costs by providing a simple to understand, fixed weekly fee. This means that for those families with electricity bills of around $170 per month will be saving money from the first bill they receive. The household still gets to own the system after around 10 years however due to the way the terms are structured, they are actually saving money immediately with $0 upfront equipment costs.

Done correctly, solar as a service can solve the bankruptcy issues we have seen over the past five years with a range of Australian solar companies. Many have already been burned by buying solar systems then finding themselves without any support. Plico Energy have solved this aspect of solar by getting backing from one of the largest billion dollar environmental funds on the planet. This ensures that their solar as a service clients will be looked after.

Since Solar as a Service is such a new concept, we sat down with the energy genius and technical director of Plico Energy (based in WA, they are the first company in Australia to offer true solar as a service), Brian Innes and asked him some pointed questions about what this means for Australian households.

Brian, how is Solar as a Service (SAAS) different to the way that solar has been provided so far in Australia to date?

“Solar has previously been very transactional – get in, get out, a lot of bad behaviour, poor after sales services and bankruptcy. Households are the future – this is what the modelling shows. Help the households manage the grid and they will save money while becoming the stable, renewable grid of the future.

We saw that solar as a service would be the way to push solar panels out to the majority of Australian households. We’ve started this in WA and have already got hundreds of happy customers. We will launch this to the rest of Australia sometime in 2021.”

How can renters add solar with a battery to their homes if they don’t own the property they are living in?

“This is the first battery + solar energy system that can be easily added by renters because of it’s fixed cost nature. By increasing your rent by $36.50 per week, you will be reducing (or effectively removing) your electricity bill and your landlord will be increasing the value of their property with the solar as a service. If you finish your lease there, the landlord will pass the extra fees and the energy savings onto the next tenant.”

How does Plico Energy’s solar as a service address the issues of solar companies going bankrupt?

“When we started Plico we treated this problem as though we were building an actual energy company. Included in this; we worked out ways to ensure customers would be protected for at least 25 years when they start using solar as a service through Plico. We did this by bringing onboard a billion dollar clean energy investment fund from Switzerland.”

How does the maths on SAAS work?

“The cut off for using solar as a service to add a full 6.6kW solar system with battery to your roof while saving money is an electricity bill of about $170 per month. The higher your monthly bill, the more you save as the weekly rate does not increase.

In fact, with the structures we’ve built in Plico, we can now efficiently deploy, efficiently service, provide best in class support and get 75c of every dollar the community makes back to the members to keep bringing down that weekly rate. So while it is currently capped at $36..90 per week (for the base system), that is the maximum you would pay each week. We fully expect that weekly rate to decrease over time for our members.”

What has led to the rise of solar as a service?

“The improvement in photovoltaic (PV) panel technology along with battery storage capacity has enabled solar as a service (having a full solar system with battery storage installed for a fixed weekly rate) to become vitually cost neutral for the majority of Australian families however it is also the willingness of the large environmental funds to back the endeavour that make it available to everyone.”

What are the advantages of solar as a service and why is this exciting?

“People want an easy to understand solution where they are making most of their energy freely from the sun. They want something that is 100% hands off and worry free while being able to see the results of the savings on an app on their phone or ipad at a glance.

The whole system being proactively monitored means that that you can set and forget.  Your system manages the transition of energy between panels, battery and the grid automaticalluy.

Who wouldn’t want to add a full electrical generation system to their home at no cost (saving money) to help the planet and their own pocket?”

Who pioneered SAAS in Australia?

“We started Plico Energy in WA and are pioneering Solar as a Service concept for Australia. Initially launching in WA then into the rest of Australia early next year. It’s an exciting time to be in energy!

What excites me the most is that this enables individuals and households to really do something to help the world’s energy generation issues while saving themselves money.

Households are what the grid of the future looks like.”

What do people need to do to get SAAS now?

“If you’re curious about it, I’d move quickly as the sooner you get started, the quicker you start saving. Fill in the contact form below for a quick, no obligation chat with Plico where they can let you know if you’re eligible for SAAS yet. Don’t worry, if your area is not eligible yet, you will be soon.” 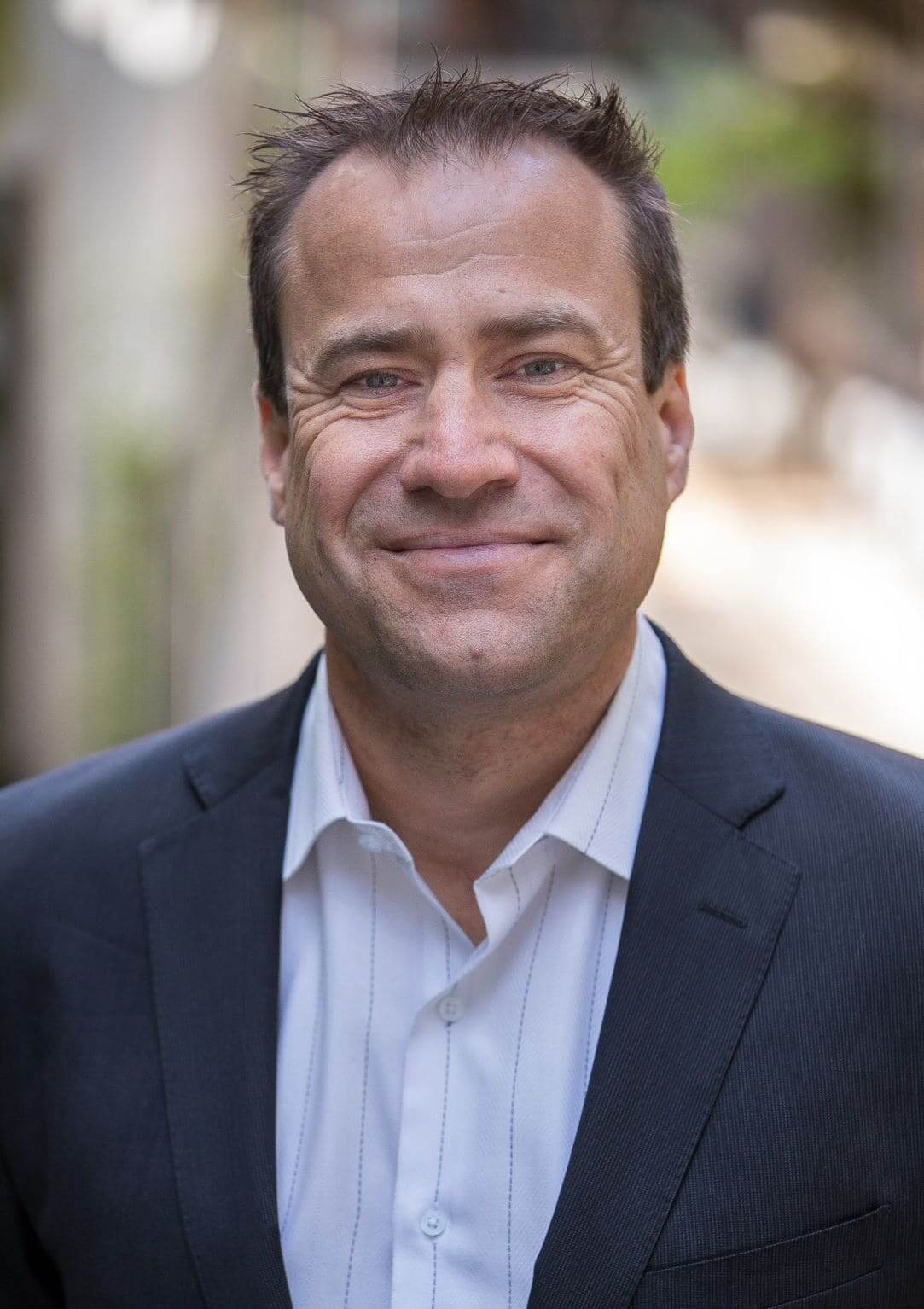 About The Interview: Brian Innes

Brian Innes is the founder and technical director of Plico. He is the mastermind engineer behind the community battery system. Brian has been in the global energy space for the last 15 years, advising oil and gas, mining and the largest companies around the world how to be more efficient, renewable and what technologies they can bring to bear to make the planet a better place while saving money.

Have a chat with us to find out whether your area is eligible to install a Plico SOLAR AS A SERVICE energy system with Solar Panels, Battery & Inverter on a flat weekly rate of $36.50. Enter your details below for a 5 minute, no obligation chat where we will discuss your household energy profile and requirements and then provide a tailored solar plan for your home.

The Plico Energy system has been featured on...

Wondering If a New SOLAR AS A SERVICE Plico Energy System Might Be Right For You?

Do you answer yes to any of these questions?

TATENDA S Perth, WA
"I have just had this installed on Wednesday, and I have been 95% using solar in my house, thanks to the battery. it makes a huge difference to using the system. I have managed to reach 95% with cloudy days and using the dryer and air-conditioning. Mainly because I was fully educated on how to use the system by JP. I can imagine how much energy it will produce in summer. I love the system, payment plan and the service. I would highly recommend."

SEAN S Busselton, WA
"Since adding our Plico system, I’m much more energy savvy. Its great to understand how we are generating and using energy. The app is user friendly and I feel much more like I’m doing my bit for the planet."
DANIEL R Perth, WA
"The system is great .. real easy to follow how your power is being used and a fantastic help line"
YOU'LL FIND NO HIGH PRESSURE SELLING HERE

How Do You Get Started With Plico?

Getting started is easy and doesn’t take long. Fill in the form at the top of the page and we’ll call you right back to see if Plico will be a good fit for you. There’s no high pressure selling from Plico. We know that there is no option that is right for everyone but we hope you’ll be as excited by the idea of the Plico community energy solution as we are!
Get in Touch Contact us and we'll have a quick chat with you over the phone to answer all of your questions and collect the info we need for the next steps. We will also schedule a no-obligation site visit, if requested or required, to walk you through the more technical details of how the system will be installed and operate.
Free, Customised Report While you wait on the site visit, we'll email you a free, no-obligation customised report using satellite imaging of your address to give you an exact idea of how having a Plico energy system will revolutionise your energy use and what the savings will look like.
Out For a Site Visit The next step will be for us to come out and have a look at your place to outline exactly where all the solar system components will go and triple check that your house is a good fit for a Plico Energy System.
Your System Install We get your system fully installed, usually during a single day and do all of the testing to ensure everything is working well.
You Get Free Power! You start generating your own free energy from the sun and will be able to monitor everything via the app to see how your energy usage changes.
100% Monitoring Your entire system is immediately added to our 24/7 uptime monitoring so that if there are any issues over the next 10 years, we proactively reach out to you to get them solved.