Two new Committee members were elected to DCEP at the AGM in September. Long-standing Plico Members John Riordan and Sarah Davies put their hands up to contribute to DCEP’s mission to create a more sustainable future for our community.

John has a background in mental health support and originally studied chemistry.
He lives in Hazelvale near Walpole - quite literally at the end of the power network. Plico has helped his family deal with ongoing blackouts and helped them create their ‘green’ home. John is always recommending Plico to his family and friends and says that being on the DCEP Committee is an extension of his advocacy.

Sarah has studied community development and sociology and works as a freelance illustrator. She lives in Seville Grove and says that Plico makes it affordable for everyday people to access solar and battery. She loves that she can save on her power bill without having to compromise comfort. She joined DCEP because of her passion for community engagement and the skills she can offer in managing the community funding process.

Both John and Sarah are wonderful advocates for Plico and keen to make an impact on the wider community through the work of DCEP. 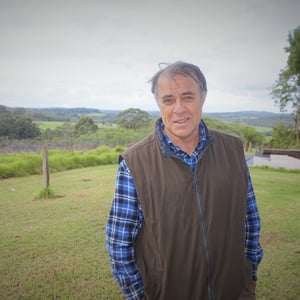 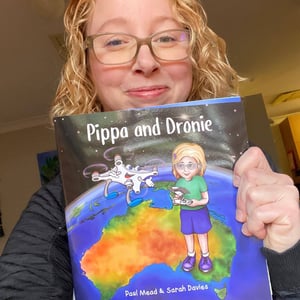 All Committee positions were up for grabs at the AGM and all existing members were re-elected. Neil Shipley was re-elected Chair unopposed and Alie Smith was elected in the newly created Community Liaison Officer position. Nola Wright was re-elected Treasurer and Carissa Cooper as Secretary. Having the consistency of existing Members and some fresh new faces will help DCEP continue to achieve its mission and support our community.

DCEP is the not for profit association that all Plico Members are part of. The Committee looks after the Community Fund, which is where membership fees are invested, and makes decisions on your behalf.

If you would like to connect with the DCEP Committee, please email dcep.committee@plicoenergy.com.au

We all land on hard times times at some stage in life. As a Plico Member, we want to support you as best we can.
Start Reading
Plico Team 08/12/2021 3 min read

Plico is helping to fund the completion of the Our Lady of the Cape Primary School’s nature playground.
Start Reading
Plico Team 15/12/2021 9 min read

How to Have a Planet-Friendly Holiday Season

The holiday season is fast approaching and with everything going on in the world this year it’s a chance for us all to slow ...
Start Reading