Takeaways from the State of the Environment Report

The Australian Government has released a new State of the Environment report highlighting the changes and damages to our country’s environment. The messaging of the report follows that of the International Panel on Climate Change’s global report that was released earlier in the year: humanity is hurting its home, but there’s still hope of rewriting the future.

The issues we face are multifaceted

The report outlines what we already knew – there’s no single source creating environmental fragility and climate change. Instead, multiple factors have been spawned since the Industrial Revolution, which precipitated the growth of cities into metropolises, population increases, advances in machinery and technology, and, more generally, putting the scale of society on a dose of steroids.

More than ever, it’s become undeniable that humanity is in the control room regarding the future of the Earth. With Australia being home to the oldest continuing cultures in the world, Aboriginal and Torres Strait Islander cultures, the report advocates for casting our eyes back to history to see the way forward, stating that “Australia’s past is the key to a better future”.

What needs to change?

We’ll start with a few of the report’s most troubling points. Firstly, while environmental initiatives have been implemented at national, state, and territory levels, collectively, it’s not enough. The report states that there’s been “insufficient overall investment and a lack of coordination” in addressing climate change. There’s hope in innovative conservation practices and technologies, as well as Indigenous leadership. The scale of these counterpunches needs to increase as the current implementation “does not match the scale of the challenge”.

Secondly, Australian ecosystems and species have experienced a continual decline, with Australia losing more mammal species than any other continent. The report outlines that the true number of extinctions is likely to be higher than what’s documented due to a discrepancy in surveying.

Thirdly, Australia has seen, and without action will continue to see, an increase in the severity and regularity of natural disasters. We’ve experienced devastating bushfires or floods every year since 2018, and the report asserts that there’s more than just a vague correlation between the disasters and climate change: one is the precursor to the other. Additionally, there’s the natural degradation of ecological wonders such as The Great Barrier Reef, which has experienced bleaching from marine heatwaves.

This is a small snapshot of the impacts outlined in the report but gives a picture of what should be our motivation to increase environmental action. Read the report overview for greater details on the effects and threats to our environment.

While the report as a whole is quite a damning piece of literature, there are positives to be found. It highlights that some initiatives have succeeded in making positive changes to our environment. (For example, Australia has achieved its commitment under the Cancun Agreement of a 5% decrease in greenhouse gas emissions on 2000 levels by 2020.) Which should fuel our motivation for greater action. Optimistically, the report has scored Australia’s air quality as ‘very good’. It also emphasises that while nearshore reefs are in poor condition, overall, the national marine environment remains in positive shape.

Australia’s ‘society and wellbeing’ category was marked as good, with food and water quality the same. However, the report outlines that while Australians’ quality of life hasn’t been significantly impacted and remains above average in relation to the world, the many environmental areas we’re falling short in will end up contributing to a decline in this overall wellbeing and lifestyle.

Another point of hope, although one where improvement is still necessary, is the implementation of Indigenous knowledge, which has helped increase tangible improvements in on-ground initiatives. Indigenous rangers oversee around 44% of Australia’s protected areas. With government initiatives in place to attract further Indigenous rangers, this is one of the areas where our country can use a historical wealth of knowledge for the future.

An example of this initiative is the fire management by Indigenous land managers in northern Australia, which has resulted in a significant decrease in fire damage. Indigenous land managers have used aged-old techniques such as seasonal targeted controlled burnings to contain what have historically been rampant and ecologically devastating bushfires. 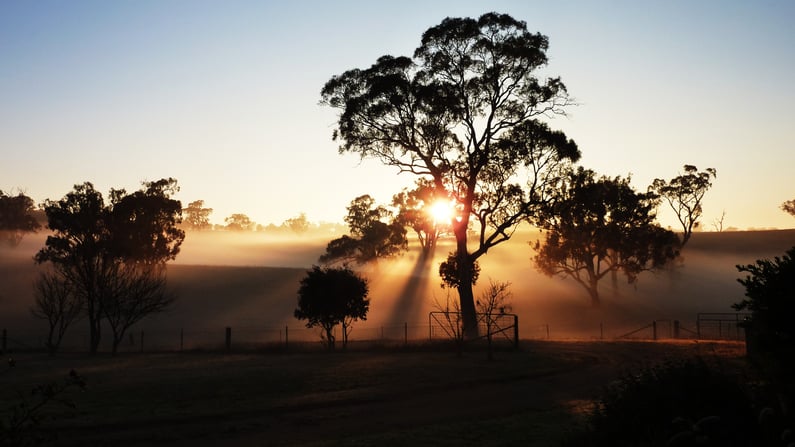 There’s still plenty to be optimistic about when it comes to Australia’s action on climate change. We have a new government in power that’s showing more movement in environmental action and an increase in community support for climate action. There are plenty of issues that are reversible if we act quickly and meaningfully.

Our environmental initiatives need to be increased, and the results of programs already implemented must be analysed and used to hone our plans further. So while the State of the Environment report has plenty of sobering points, it’s a necessary step in assessing where we stand as a country and where we should head next.

You can read it for yourself here.

Renewable energy is the future

It’s becoming even more necessary to take meaningful action to prevent damage to our environment, and renewable energy is one of the easiest ways for the average Australian to do their part.

We’re beginning to see a shift in the energy sector, and renewable energy projects are getting preference over existing fossil fuel-based projects. Partnering with Plico, you can get ahead of the pack and set your home up with a solar + battery system, with no big upfront costs, one low weekly fee and ten years of maintenance and support.

Want to find out more? Read some of our informative articles:

You can also calculate your potential savings with our Solar Savings Calculator or chat directly with one of our friendly team members on 1300 175 426.

How Long Do Solar Panels Last in Australia?

Solar panels are indispensable in your journey towards greater energy independence, but how long do they last? How many years ...
Start Reading
Plico Team 11/07/2022 9 min read

What is Load Shedding?

Load shedding is an emergency measure implemented when the energy demand surpasses the supply available. The Australian Energy ...
Start Reading